Artificial Neural Networks (ANN) refers to a large group of computational models inspired by biological neural networks, particularly the brain, that uses extensive interconnected networks of neurons to process information. Similarly, Artificial Neural Networks can be used as a modelling technique to predict biodiversity distribution, using the relationship and connections of a set of layers (Figure 1). Typically, it comprises three main types of layers:

1) an input layer of independent predictor variables that are fed into the model,

2) several hidden layers, consisting of a linear combination of the input layer; and

3) output layers, comprising response variables, which represent the results of the model.

We focus here on single hidden layer feed-forward Artificial Neural Networks that are trained by back-propagation, which are the most used ANNs in ecology. 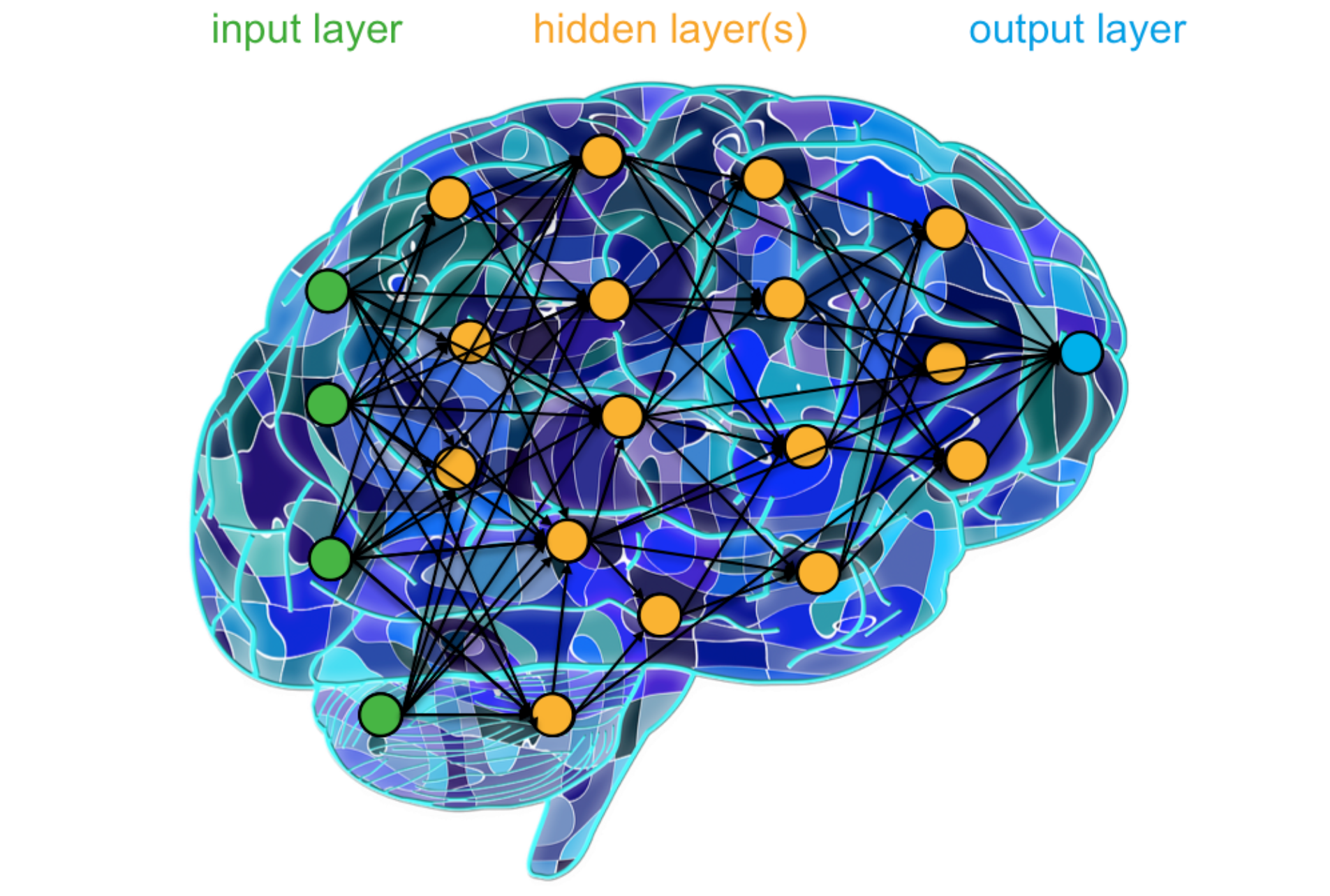 The input layer consists of the environmental data put in the model, with each input node representing one environmental variable. The variables can either be continuous or categorical. The information from each node in the input layer is fed into the hidden layer (Figure 2). The connections between the nodes in the input and hidden layer can all be given a specific weight based on their importance. These weights are usually randomly assigned at the start of the model, but the model can learn and optimize the weights in subsequent runs in the back-propagation process. The higher the weight of a connection, the more influence that input node has. 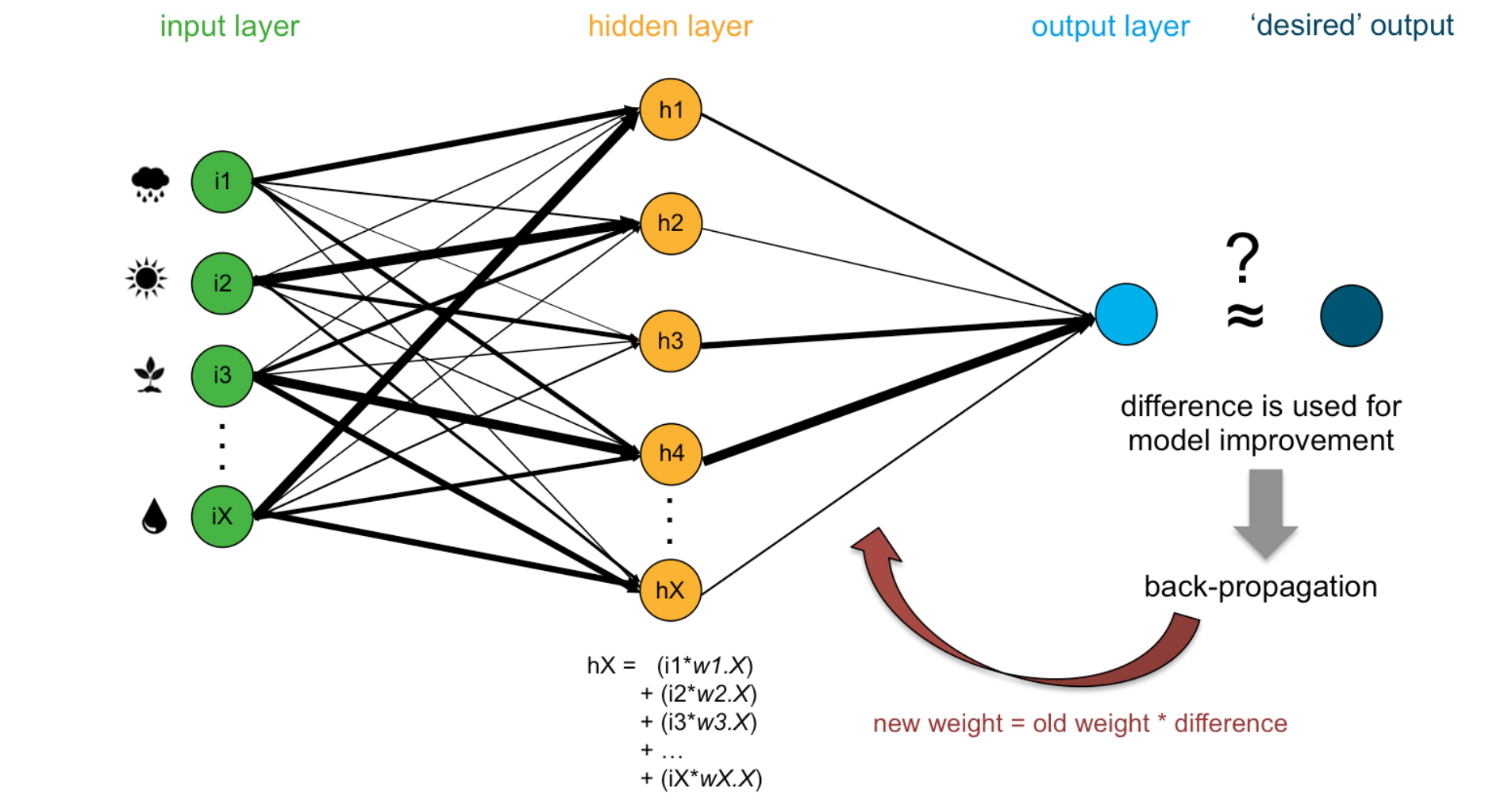 As part of the model training, the output is compared to the desired output (Figure 2). In a species distribution model, the desired output is the known occurrence locations and the environmental conditions of those locations. The difference between the predicted outcome of the model and the desired outcome is the model's error, which can improve the model in the back-propagation process. Here, the weight of each connection is multiplied by the difference between the model and the desired output (Figure 2). Based on these new weighted connections, the nodes in the hidden layer can adjust the weights of the connections to the input layer. After adjusting the weights, the mode recalculates the output in a feed-forward way, from the input layer through the hidden layer to the output. This process is repeated several times until the model reaches a pre-defined accuracy or a maximum set number of runs.

EcoCommons allows the user to set specific model arguments as specified below.