Generalized Additive Models (GAMs) are an extension of Generalized Linear Models (GLMs) in such a way that predictor variables can be modeled non-parametrically in addition to linear and polynomial terms for other predictors. Therefore, GAMs are useful when the relationship between the variables are expected to be of a more complex form, not easily fitted by standard linear or non-linear models, or where there is no a priori reason for using a particular model.

However, in GAMs the coefficients of the predictor variables in the linear predictor are replaced by a smoothing function. The model fits a smooth curve to each predictor variable and then combines the results additively. The GAM algorithm in BCCVL uses a cubic spline smoother.

The estimation of the values of the variable coefficients is obtained by maximum likelihood estimation (MLE), which maximizes the agreement of the predicted species occurrences with the observed data. In other words, MLE finds the values of the coefficients that result in a model under which you would be most likely to get the observed results. As for GLM models, GAM uses the iteratively reweighted least squares (IWLS) method for MLE.

No assumptions are made about the distributions of the environmental variables. However, they should not be highly correlated with one another because this could cause problems with the estimation.

BCCVL uses the ‘gam’ function in the ‘mgcv’ package, implemented in biomod2. The user can set the following configuration options: 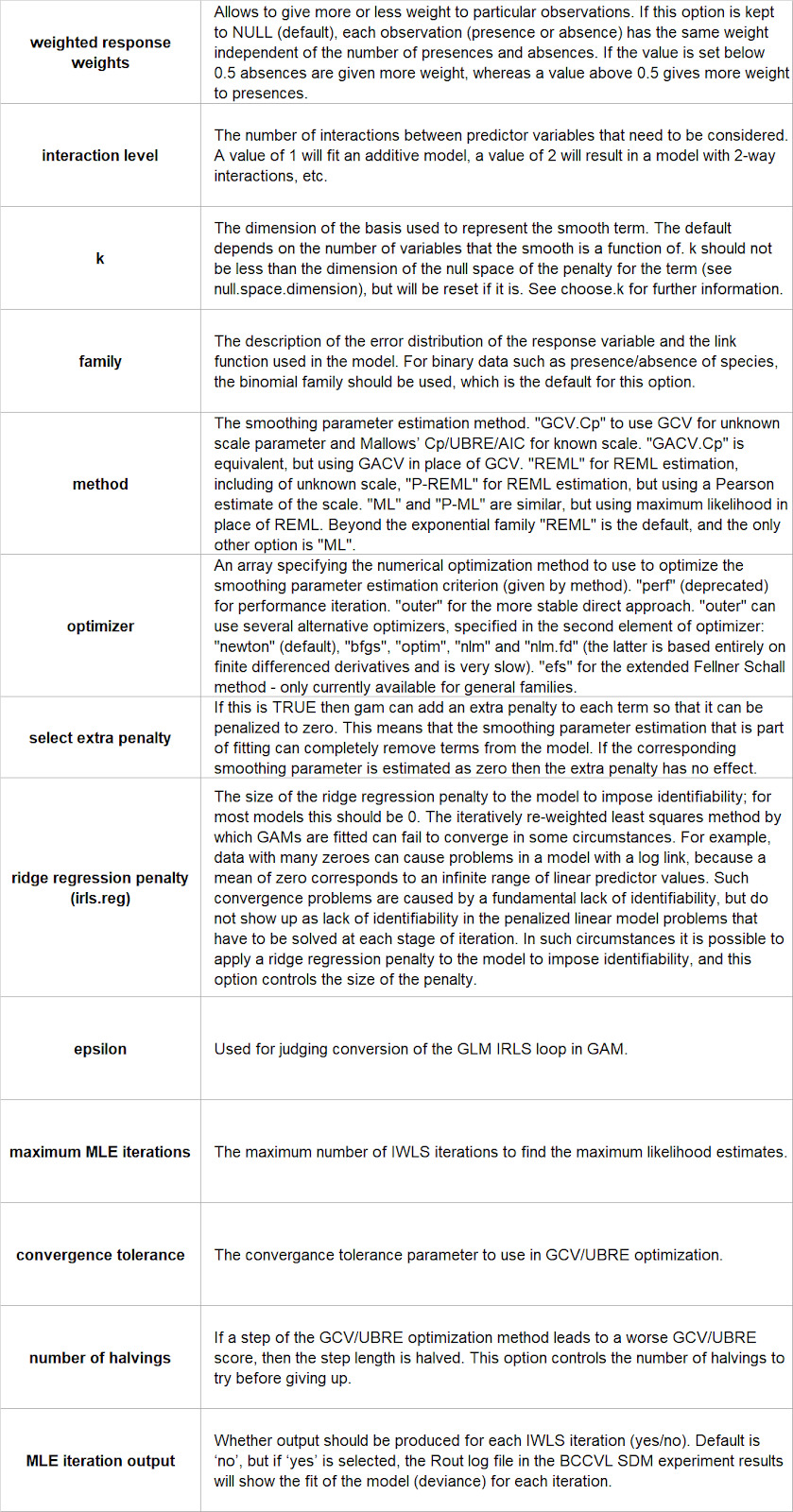