This model does not use the input of environmental variables to predict the distribution of a species. 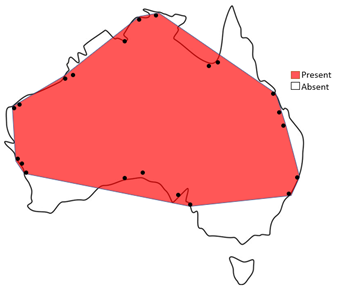 The second limitation is that convex hulls are susceptible to underestimations if the data is not representative of all the places a species actually occurs. In the image below the northern part of the species distribution is not captured because there are no available data points from this area. This problem is common for species that occur in remote parts of Australia where there is little sampling. 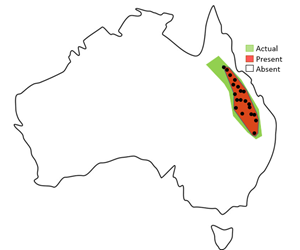 The third limitation is that convex hulls are vulnerable to errors in occurrence data. If attempting to capture the distribution of wild species, an occurrence record from a zoo or museum, would result in an overestimation of the species range. Errors in the recorded latitude and longitude are also not uncommon, but these kinds of errors can be reduced by filtering your data. 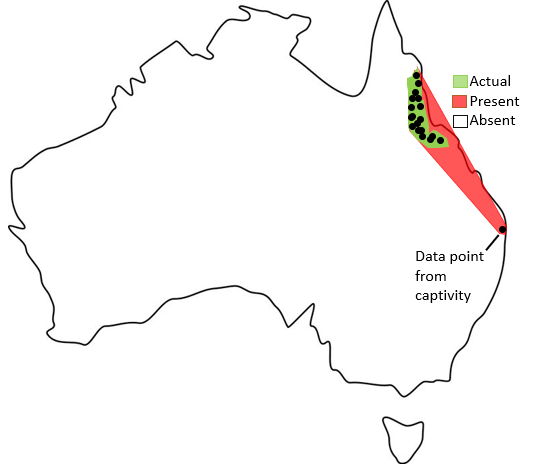 That a species distribution in the wild is well captured by the available outermost points of occurrence data.

EcoCommons allows the user to set model arguments as specified below.